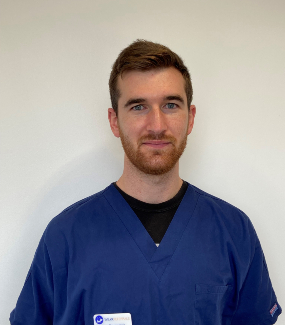 Iason graduated from the University of Thessaly, Greece in 2016. After graduating he spent nine months training in different disciplines of veterinary medicine in the Small Animal Clinic of the University of Leipzig.
He then returned to Greece, to complete military service, where he was lucky to be used as a veterinarian and care for the military dogs in one of the animal hospitals. He also had to spent three months tackling an epidemic of sheeppox in Lesvos, one of Greece's biggest islands.

Before coming to Wear referrals to start his rotating Intern role, he had been working locally as a vet for 2 years.

He has a cat named Koukou (coo-coo), who was a patient of his that Iason rehomed when she was about two months old.

In his free time he enjoys basketball and trail running, He is also really keen on astronomy.
During the summer months he enjoys scuba diving.