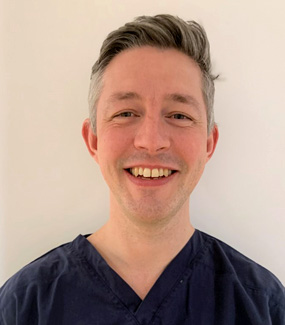 Jon, who runs his own company, VetEd Specialists Ltd, grew up in the veterinary world as his parents owned a practice near Wigan, Greater Manchester.

He graduated from the University of Cambridge before spending his early years as a vet at a primary care practice in Lincoln, followed by an internship at the Royal Veterinary College.

He returned to Cambridge and completed a European College of Veterinary Surgeons’ Residency at the university, passing his board exams in 2015.

Jon stayed at Cambridge for two more years as an affiliated lecturer and has now moved to Wear via the Royal (Dick) School of Veterinary Studies, where he was a senior lecturer in small animal surgery.