Jon Houston, from Carlton, in Tees Valley, noticed his 10-year-old pet Yogi had started drinking and urinating excessively and raised the matter with his local vets. 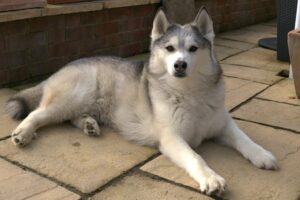 Yogi was quickly referred for specialist treatment here at Wear Referrals, where blood tests and scans revealed he was suffering from primary hyperparathyroidism, a condition that causes the body to produce too much calcium.

Our Head of Internal Medicine Chiara Giannasi said Jon’s quick thinking helped them identify the problem early before it could take hold and potentially cause kidney disease.

Chiara said: “In dogs that are not treated, long term high calcium levels can lead to a build-up of mineralised calcium deposits in the organs of the body.

“The kidneys are particularly vulnerable to this and loss of kidney function and kidney disease can develop as a result, so early treatment of the disease is always an advantage.

“Yogi was a classic example of this. Normally in these types of cases, blood tests reveal a high level of calcium but his showed only a very subtle increase, most likely because of Jon’s quick reaction.

“However, diagnostic imaging subsequently detected nodules in the parathyroid glands in the neck and his PTH hormone level (parathyroid hormone produced by the these glands) was very high. 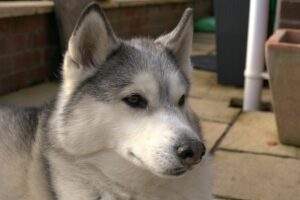 “It was clear that Yogi had primary hyperparathyroidism, which stops the kidneys from effectively retaining water in the body, hence the increase in thirst and urine production.

“Yogi had surgery to remove the parathyroid glands, which is quite challenging as the glands are very small and some normal parathyroid tissue must be maintained in order to avoid very serious post-operative, and possibly lifelong, complications.

“Surgery went well, though, with Yogi making a swift and full recovery and he was soon allowed home.”

Grateful owner Jon was delighted with the successful outcome and full of praise for Chiara and Wear’s expert team.

He said: “We were extremely concerned about Yogi. I know it’s a cliché but he is an integral part of our family and as such we were determined he should receive the best treatment available.

“Everyone at Wear was extremely professional and, just as importantly, very kind. We were kept informed at all stages of the process from confirming appointments, dealing with our insurers and being updated with test results.

“When Yogi was in for surgery we were informed of his progress at all times and Chiara, the vet in charge, explained in detail what was happening in a way we could understand, which filled us with confidence.

“That Yogi was receiving the best possible treatment was never in question and that’s why we’d definitely recommend Wear Referrals without any hesitation.” 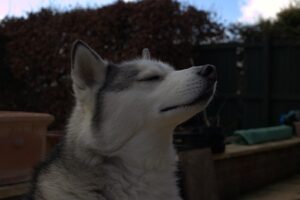