One of Europe’s most eminent veterinary neurologists is joining the family here at Wear Referrals.

The renowned Professor Clare Rusbridge has joins our expert neurology team at the end of April.

Professor Clare Rusbridge was made a Fellow of the Royal College of Veterinary Surgeons in 2016 in recognition of her meritorious contribution to the profession, including 25 years’ research into the painful disease ‘Chiari-like malformation and syringomyelia’ in dogs. 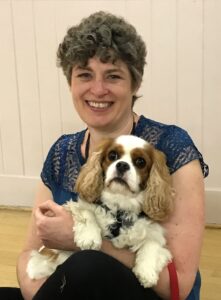 In 2018, she was awarded a Professorship of Veterinary Neurology and now has set her sights on helping Wear Referrals to become the best neurology unit in Europe.
Professor Rusbridge said: “I will be building and strengthening the neurology service at Wear to make it not just the leading centre in the North East, but in Europe.

“I love collaborating with others to find answers to the clinical problems we face and so, as well as potential partnership with my colleagues in the other disciplines at Wear, I hope to initiate or contribute to other multi-centre studies through the Linnaeus group.

“I am passionate about teaching and learning through collaboration, and I hope to bring multi-disciplinary rounds to the practice including neuro-radiology-neuropathology and neurology- behaviour.”

Professor Rusbridge explained why she chose to make the switch to Wear, adding: “I was attracted to Wear as the team is so friendly and because they are a multi-disciplinary hospital and are strong throughout all those disciplines.

“Wear has neurology diagnostic equipment such as MRI, CT and electrophysiology to investigate neuromuscular disease but I was particularly drawn to the on-site laboratory.

“This enables very quick cerebrospinal fluid and cytology results meaning animals will get a diagnosis quicker and avoid other unnecessary testing.

“It may sound unusual but I was also drawn to the lay-out of the hospital and, in particular, the kennels and intensive care facilities. I felt it was very practical and would facilitate good patient care.

“It is my opinion that my patients get the best care when there are physiotherapists and hydro-therapists on site and when we can work as a team to get the animal walking again.

“Again, Wear Referrals ticked that box, so I’m very excited to be part of the team.”

Wear clinical director Ben Harris is delighted to welcome Prof Rusbridge to the team, saying: “Clare is an incredibly highly-regarded neurologist and her experience and expertise means she will be an extremely valuable addition to our talented team.

“We are looking forward to working with her in our shared aim of delivering the best possible neurology care for our patients and referring vets.”
Professor Rusbridge said she had always had a love of animals, adding: “I had a dog from the age of four, guinea pigs from the age of five and gerbils from the age of seven until about 21!

“I currently have rabbits, a five-foot corn snake, two leopard Geckos and one crested Gecko.”

She credits her father as the inspiration behind her career, explaining: “I know that I wrote down I wanted to be a vet in a school workbook when aged four years old!

“However, undoubtedly my father influenced this early decision. He was a farmer’s son who left school at 14, then decided that driving a tractor wasn’t the future for him.

“He went to biology evening classes (where he met my mother, who wasn’t allowed to do biology at her convent school) and kept on learning until he ended up a Professor of Biological Sciences at Caledonian University.”

Clare has followed her father’s lead. She graduated from the University of Glasgow in 1991 and, following an internship at the University of Pennsylvania and general practice in Cambridgeshire, she completed a BSAVA/Petsavers Residency and was Staff Clinician in Neurology at the Royal Veterinary College.
Aged 26, she became the youngest ever Diplomate of the European College of Veterinary Neurology and three year later became a RCVS Specialist in 1999.
For 16 years, she operated a neurology and neurosurgery referral service at the Stone Lion Veterinary Hospital in Wimbledon and was awarded a PhD from Utrecht University in 2007.

Clare joined Fitzpatrick Referrals and the University of Surrey in 2013, was made a Fellow of the Royal College of Veterinary Surgeons in 2016 and awarded a Professorship of Veterinary Neurology in 2018.

She has authored or co-authored more than 160 scientific articles and book chapters and co-edited a medical textbook on human syringomyelia.

Find out more about our Neurology service >